Over the weekend, I put together a very basic water simulation with GLSL (the shader language in OpenGL). I'm pretty happy with the results so far. It's amazing how much you can get out of such a small amount of code. 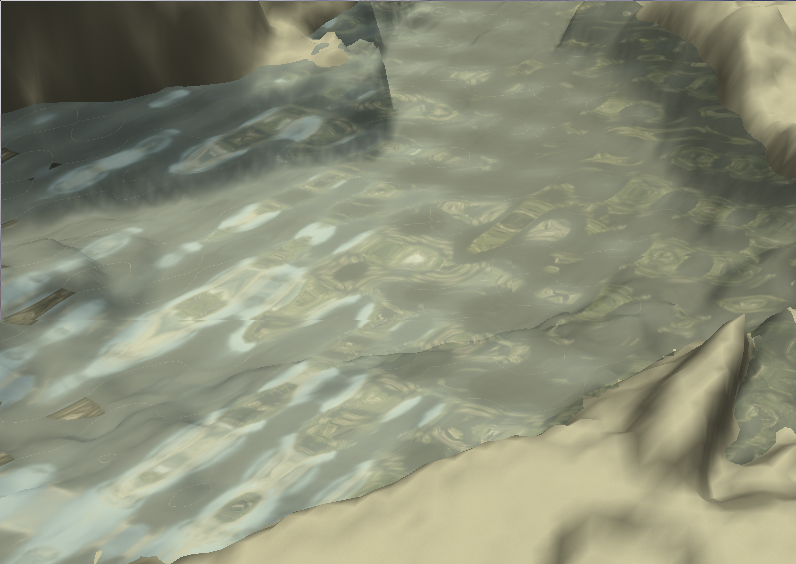 Step one in generating the water you see above is building a mesh for it. I started with a heightmap, set the "sea level" elevation, and copied everything below that. So the vertices of the mesh actually store depth for the water at every point. I don't use this information right now, but it could probably be used to make smaller or slower waves near the coast for more realism.

The mesh gets drawn with a vertex shader, which essentially applies a sum of sine waves to the surface. The height at each point is a function of XY position and time. The number of waves and the amplitude, wavelength, speed, and direction of each wave are configurable parameters.

The beautiful thing about modelling wave height as a fixed function like this is that you can generate normal vectors with some simple calculus. Below, I have two functions which take the partial derivatives with respect to X and Y, and another which sums them to produce a normal.

The normal vector is left in world space so it can be used for cubemap texture coordinates in the fragment shader. I just reused my skybox textures as a cubemap. That's how I got the reflection you see. I set the alpha value for the water to 0.5 so it's fairly transparent. 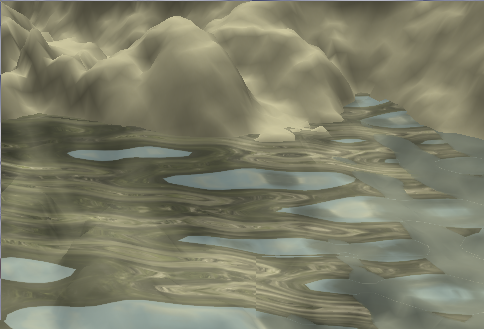 Exercises left for the reader (and me, next weekend):